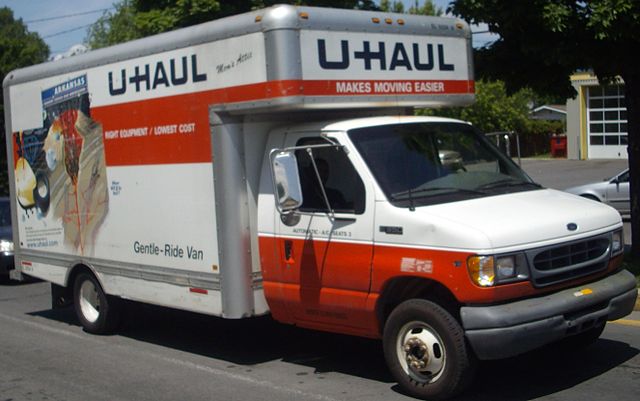 A friend’s Facebook post reminded me that today (July 1st) is “Moving Day” in Quebec. Ah.. memories. Hot summer days, the smell of cardboard, the screech of tape on the boxes and having pizza and soda pop for supper. 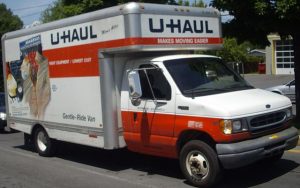 We moved A LOT when I was little, mostly when I was in high school. When I mention this to people, they ask if my parents were military. I answer “no, they were nomads”. That gets a laugh but then a questionable look wondering if I am serious.

While growing up and living with my parents, we moved twelve times in eighteen years. And from kindergarten to graduating high school, I went to eight different schools.

I was born in Columbus, Ohio in 1970. There, we lived in two places that I know of. We left Columbus in 1976, shortly after I finished kindergarten. My dad sold almost everything we owned at that point, even my favorite toy: my tricycle. That is not a fond memory and I recall it anytime moving comes up.

From there we moved to New Mexico. My dad’s brother lived there but we didn’t live there long. I remember chasing and trying to catch lizards. I don’t think I was ever successful. We left three months later because my mom didn’t like living there. I don’t remember the exact reason. I think it had something to do with my mom being homesick. That summer we did a lot of traveling. From Ohio to New Mexico and then up to Quebec, Canada.

That summer of 1976 was when we moved to Canada, the first time. I started first grade there. But my dad left before the holidays and inclement weather. Somehow my parents agreed on settling in Florida. He ended up stopping in North Carolina. His niece lived here and the temperatures were comfortable for it being winter. His niece, my cousin, was more like an Aunt to me because of our age difference. It was January or February 1977 when my mom and I moved. I finished first grade in Marshville, North Carolina. We moved two times in North Carolina. But I went to four different schools. Two in Marshville and two in Monroe.

We moved to Canada again in May 1983. My mom tried to move us in 1982 but she couldn’t find a suitable dwelling, and my dad hadn’t sold our house yet. But our house did sell in 1983, so we had to move. Once in Canada, we didn’t find an apartment to live in until August. Over the four months before school started, sometimes we would stay with family and sometimes we stayed in a country cottage that my parents co-owned with family members.

July 1st is moving day. So we were lucky to find a place in August. Most good apartments are rented at that point. But I guess God was watching out for us. The apartment was right behind the high school I would be going to in Saint-Lambert. We had a small dog and they accepted pets.

Every winter we lived in Canada, my dad would leave because he didn’t like the cold weather. It was hard on his health. So he would be gone for months at a time. As soon as he would leave, my mom would rearrange the furniture. There may have been one winter he stayed. Anyway…

That first apartment faced a busy street, so it was noisy especially when the city bus would pass by. When the weather was warm we couldn’t keep the windows open for all the traffic. We did run the air conditioner but my mom didn’t like that too much. My mom did not like all the noise from the street and said she wanted a quiet apartment. The following July 1st we moved to an apartment across the hall and facing the back. It was much quieter there. Although, my room was against the stairwell and I often heard people running up and down. Before the year lease was up, my mom again decided she wanted to move. The kitchen was too small and there was nothing to look at in the back. There was always a reason.

They found a real nice duplex in St. Lambert. There was little to dislike about it but after a year, my dad said the rent was too high. At that point I had changed high schools (story for another time). So they found a place down the road from the high school I had changed to. It was not as nice as our place in Saint-Lambert. The street was very busy, although we were not as close to it. And the city bus garage was down the street. But the price was right. Until the following year when the landlord decided to raise the rent. So my parents decided to move us again.

This time we moved to an apartment building that was very cheap. And it was not at all as nice compared to places we had been living. But again after one year there my mom had us move. We moved in with another family that lived next to us in the previous apartment. They were buying a home and wanted to rent out a couple rooms to us to help them pay for their mortgage. It seems it was a decision my mom made because my dad was still away visiting his other children. Through phone conversations with my mom, my dad seemed to approve of her decision. It was June 1988 and I was graduating high school that month. That relationship didn’t last long, maybe a month. We discovered our new landlord was a bully. So we moved all our stuff out again and put it at our summer cottage until my mom found us a new place.

That place is where we lived when my father died. He died on June 30, 1989. I left for the Marines shortly after. Then, my mom moved again.

As an adult, I have moved many times. I have tried to not do what my parents did to me. Since I’ve been married, we have managed to live in five states and two Countries. My two oldest remember when we lived in Connecticut. The three youngest only remember Canada, living a few months in northern California and here where we live now. I expect we have a couple more moves to go before finding “home”.