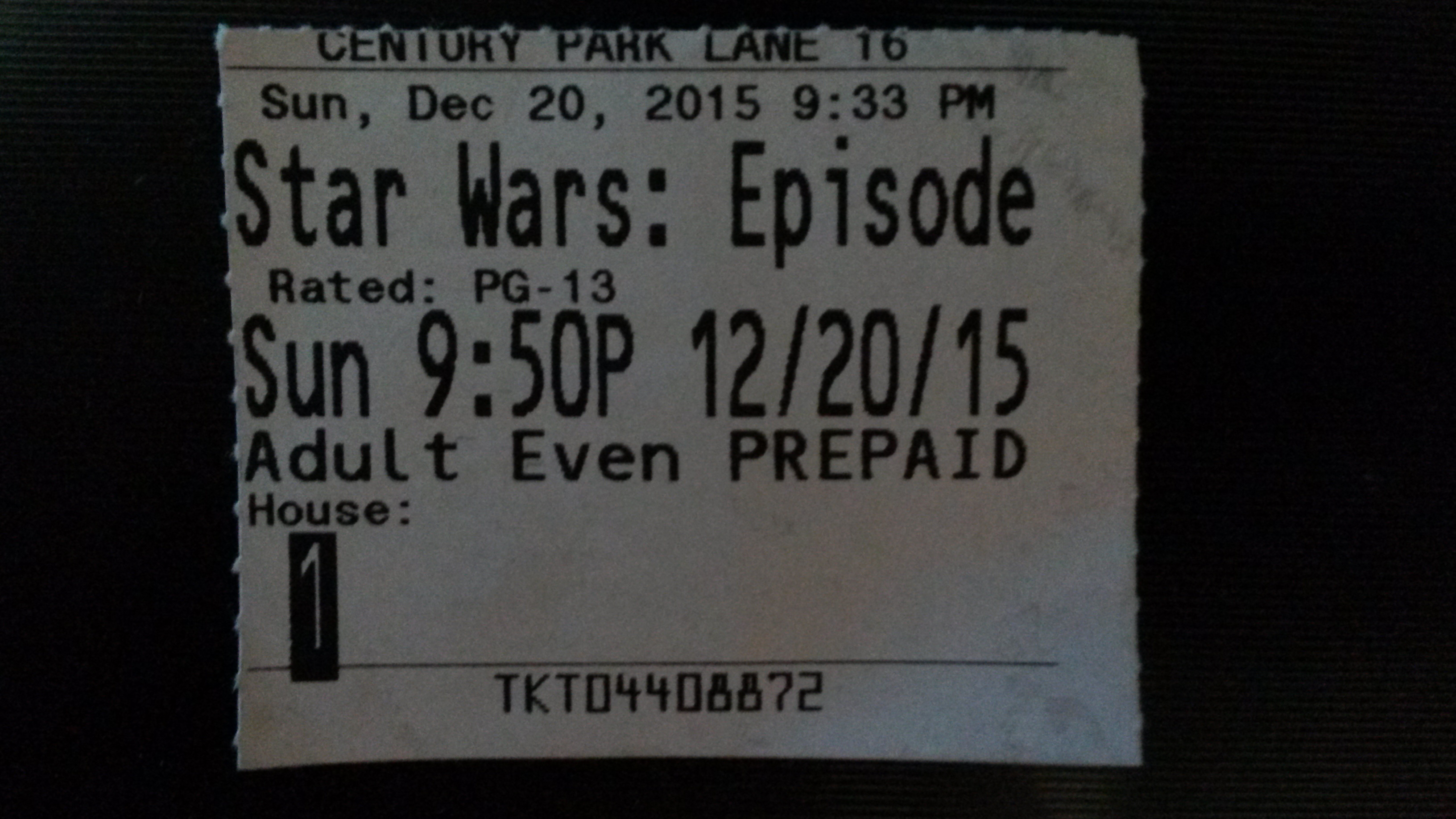 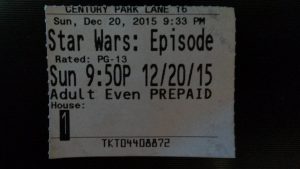 I took the family to watch Star Wars VII: The Force Awakens on opening day weekend. What a blast it was! We don’t do this kind of thing often. Hopefully, it will be a great memory for everyone. I remember the first Star Wars movie I saw as a kid. It was in 1977, Star Wars IV: A New Hope and my mom brought a friend and me to a drive-in, in our Pontiac station wagon.

I’ll try to not write any spoilers, but if you haven’t seen it yet you might want to wait until you have to read further. I have mixed feelings about the movie. I think it was better than Star Wars I, II and III, but I think it was basically Star Wars IV 2.0. It had a similar storyline as the original Star Wars movie. But I also think that JJ Abrams may be setting the stage for the next 2 in the story. He had to bring us all back to the original trilogy, back to what is familiar for most Star Wars fans (I, II, and III were not familiar).

I won’t say any more here.. All in all, I had a great time, and while I’m a little disappointed I find myself thinking more and more that it was a good movie and money well spent.